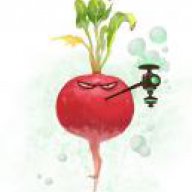 Lunar New Year
Another new year dawns on Tyria—join the festivities in Divinity's Reach! The Year of the Dog is upon us, and the Lunar New Year festival returns with new rewards and activities. Collect and open lucky envelopes to earn essences of luck, delicious foods, fireworks, valuable items, and a chance to find the new Lucky Dog Lantern and Lucky Great Dog Lantern backpacks.

Kill credit and loot for support-oriented players has been low, and we want to reward players for assisting their allies, so the shared credit contributions are going up by a solid amount. You still need to tag an enemy for the bonus support credit to come into play; standing around passively granting boons is not gameplay that ought to be rewarded, but this will offer a larger opportunity to weave support-oriented skills into group combat situations and get rewarded for it.

_In this update, we are converting the alacrity enhancement into a boon. For more information, see our official forum post from last week called "_Alacrity: Time for a Change."

Boon and Condition Conversion: With the addition of alacrity to the boon system, the tables have also been updated for skills and traits that convert conditions to boons, and vice versa. The conditions inflicted when a boon is converted have been reduced in several cases where they were found to be too strong.

In this update, we looked to improve the weaver's sword damage and move its high healing aspects further into the water attunement. In this vein, we reduced Riptide's healing and increased Aqua Siphon's base- and healing-power contributions. Additionally, we wanted to improve less-used skills in signets and improve the Glyph of Storms so that some storms have better situational use via differentiated recharges.

The Alchemy and Inventions specializations have been cleaned up and had a few complete trait replacements to allow for greater synergy within their lines. The scrapper elite specialization also received changes to streamline and define it as a tank specialization by adding barrier and by better linking its minor traits to the new major options.

Spirit weapons have not felt solid due to having a few too many restrictions on their use, so the time between uses was reduced for all spirit weapons except the crowd-controlling hammer. Several firebrand skills were too powerful, which became very clear in PvP and WvW games, so defensive tomes received tweaks in those modes.

Mesmer phantasms were heavily reworked in this update. For more information on our goals and reasons for these changes, please see our post on the official forums called "Shattering the Status Quo."In addition to the phantasm changes, there were also changes to confusion duration and stack counts, which are part of a larger effort to cut down on confusion uptime in competitive modes. Finally, as part of our update to alacrity as a boon (also covered in its own forum post called "Alacrity: Time for a Change"), we reworked some underperforming chronomancer traits.

Scourge shades have long been a pain point in PvP and WvW with their rapid corruption and few tells for players to spot. In this update, we're introducing better tells for shade actions, reducing the more oppressive condition applications, and easing up on the punishing boon corruptions. On the other side of things, we improved the effects of Vampiric Presence to make it competitive with the auras of other professions.

For rangers, this update focused on bug fixes and improvements to soulbeast skills. We've allowed stances shared with Leader of the Pack to stack in duration, and we have updated several of the merged-pet attack skills. We hope that these changes will give soulbeast players a wider variety of pets to play with in various areas of the game.

Power-build revenants have been languishing behind their condition-build counterparts. Impossible Odds, Phase Traversal, and the Focused Siphoning trait were changed to give the Shiro Tagachi invocation and the Devastation specialization more burst potential. While targeting particular changes, the renegade elite specialization received several short-bow damage increases and legend energy-cost improvements in PvP and WvW to smooth their gameplay in a competitive arena.

We felt that the current offering of stolen items wasn't scaling well enough with the difficulty of raid bosses, so we added a selection of new stolen items that have effects tailored to the needs of a raid party. The deadeye's malice generation, while appropriate for normal enemies, ended up scaling poorly against larger bosses with lots of health. Losing malice because of a mark time-out in a long fight felt disappointing, so we updated Deadeye's Mark to preserve malice stacks when marking the same target again. We also increased the power of several rifle skills to account for the higher health of PvE enemies.

Our main focus for the warrior was to improve power damage and group utility in PvE. We approached this by adding multipliers to various trait sections and improving some base weapon damage with the intent of giving the warrior a more viable core power build. Berserker maintains condition effectiveness, and spellbreaker continues with its disruptive behavior. We also toned down some spellbreaker effectiveness in PvP and WvW so that there is more time to react and counter their powerful skills.